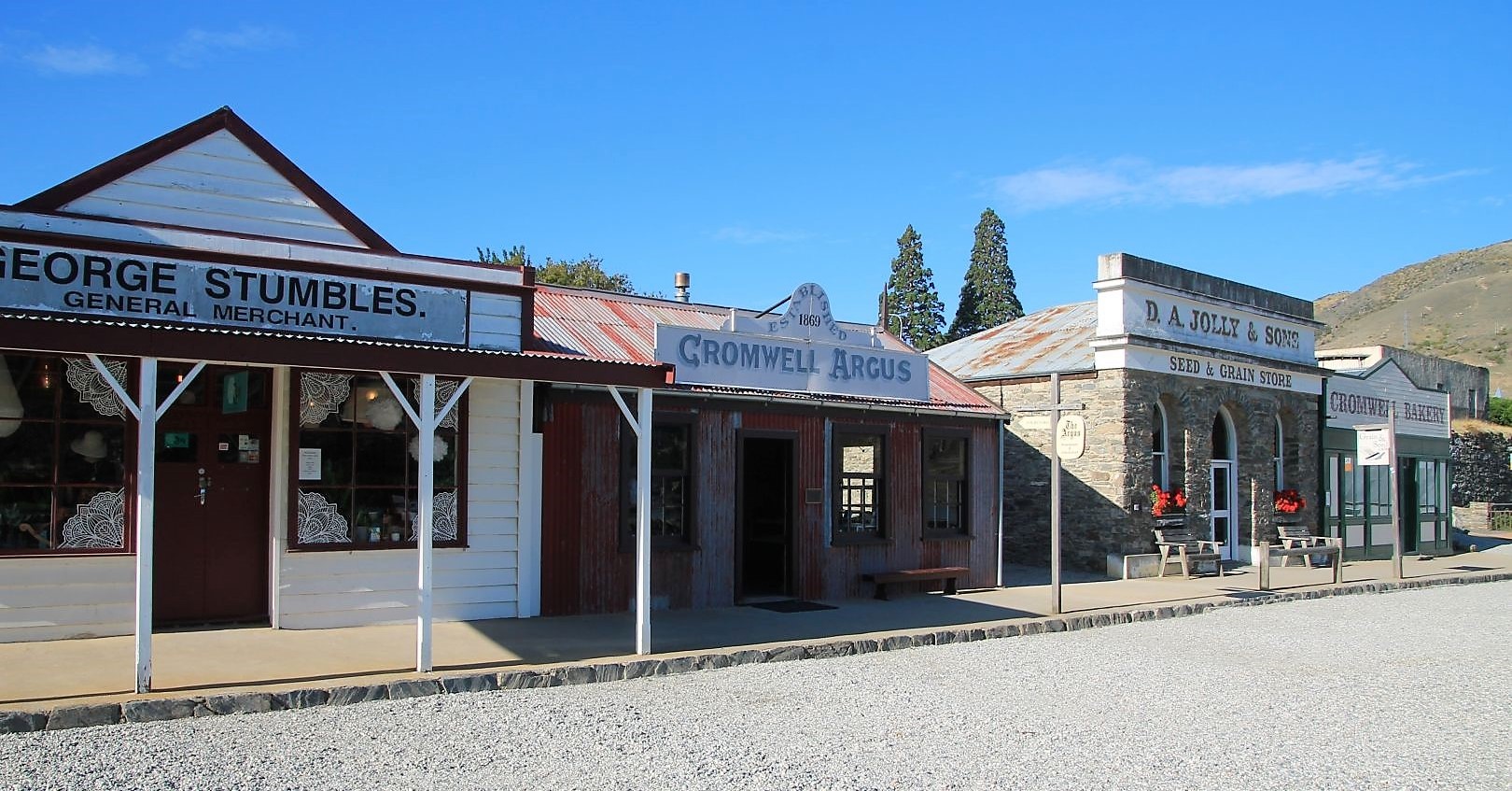 Cromwell was originally known as “The Junction” because of its location at the confluence of the Clutha and Kawarau Rivers. Rugged mountains, the meeting of two rivers and the pristine waters of Lake Dunstan – the natural beauty of the area is overwhelming.

When gold was discovered in the 1860s there was an influx of several thousand miners to the area. When the gold ran out, Cromwell became the service centre for extensive farming, growing especially wine and stone fruit. The latter is commemorated with a giant sculpture of stone fruit. The construction of the Clyde Dam led to the filling of Lake Dunstan in the early 1990s. The river confluence was drowned, as was the old town centre. But not entirely: a few old buildings along the shores of Lake Dunstan remained and can be visited today.

I have stayed one night only but Lake Dunstan it is certainly an idyllic location for recreation and chilling with a glass of wonderful local wine, and activities like swimming, fishing, boating, and water sports in summer.