The Silent Death of my Travels 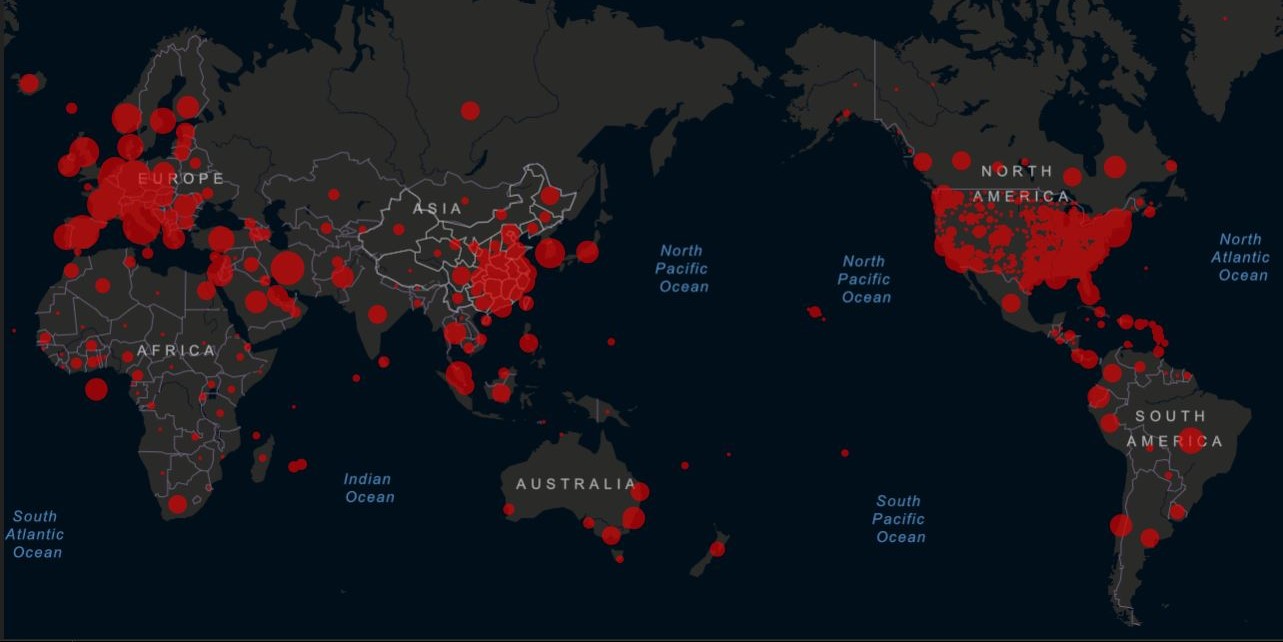 While China and Europe were firmly in the grip of the Corona Crisis I was traveling through New Zealand and enjoyed a trouble-free time admiring the wonders of this beautiful country. I did not take Corona as a really serious threat, and even when Australia began to have their first infections I was not worried.  And at the time when in New Zealand the first person was diagnosed with COVID -19 and the number of infections slowly grew from one to 5 to 12 and so on, I was not concerned at all. I was sure numbers would decline shortly. I was wrong.

I was sitting in a hostel in Christchurch on March 21 when the New Zealand Prime Minister Jacinda Ardern made a statement to the nation in which she introduced a country-wide alert level system with escalating restrictions on human contact, travel and business operations. There were four levels in order to deal with the coronavirus outbreak with level 4 being the highest. She set the current alert on level 2: the disease is contained but there is a growing risk. It meant certain border restrictions, keeping distance and limits for non-essential travels.  All this being no problem for me, and so I moved on traveling to Kaikoura the next morning.

Only two days later, on March 23, Prime Minister Jacinda Ardern made another announcement, raising the alert level to three with immediate effect, and announcing level four to be in place in 48h on Wednesday at Midnight for at least 4 weeks. Level 4 is the complete lockdown of the country as the disease is not contained. People are instructed to stay at home, all non-essential business will be closed and traveling severely limited. New Zealand had about 102 infections at that time.

That announcement brought an immediate end to my travels. I quickly had to make a decision if I wanted to go back home or stay in New Zealand and wait at a safe place until the 4 weeks of lockdown are over. But for me, it was clear that staying here and being locked up in a place that I cannot leave does not agree with the travels I wanted to undertake: seeing places and exploring the world I live in. Also, budget-wise, I felt it is smarter not to spend money on a “prison” while I pay for my “prison-flat” in Berlin as well. I was on the last leg of my travels anyway. So I would leave as soon as possible and reunite with my family.

Booking a flight home turned out not to be as easy as I thought.  With New Zealand being one of the last countries to shut down and therefore many routes were already closed. Most countries had closed their airports even for transit passengers so that traveling home on the common routes via Australia, Singapore or the US was not possible anymore. Prices for flights shot up to astronomical heights. For instance, Qantas charged more than 15k NZD for a flight via Doha to Berlin, the currently only open airport for transit passengers from New Zealand. The same happened to the prices for the ferry between NZ North and South Island and for the overland busses and all were selling out fast. On the evening of the 23 March no tickets were available anymore.

Almost at the same time the German government added New Zealand to their repatriation programme. So I registered on rueckholprogramm.de and also put my name on the ELEFAND-list. I am honestly very proud that the government of my country cares! The hostel in Kaikoura decided to close down the very  next day, Tuesday , so I had to leave.

I felt that chances to leave the country towards home are better from Auckland. There were no flights to Auckland available online and no ferry tickets anymore to go to the north island, not even for pedestrians. So I got myself a lift back to Christchurch on Tuesday, March 24, and went straight to the airport. I found that Air New Zealand had scheduled a few additional flights between Auckland and Christchurch and was selling them at their ticket counter at the airport. I put myself in that long queue and after 2h waiting, I got a ticket for a newly scheduled flight at 19:00 on the same day.  Being already 18:15 I had just 45 min left to check in, reach the gate, and find myself a place to stay for the first night in Auckland.

I safely landed in Auckland and found a homestay for the first night. Finding a place for the time of the lockdown from Wednesday, March 25, onwards was more tricky. Many hotels and hostels close down, and the place has to be affordable for at least 4 weeks, in the worst case even longer. And time was tight, I had to find something latest by midnight.

With the help of my friend Amy from the hostel in Kaikoura and the Facebook groups that popped up for stranded tourists in New Zealand, I found a private place to stay in a home of two ladies who generously opened their house for stranded travellers. I have a spacious and affordable home and I am lovely cared for, as long as I have to wait. I even had time on Wednesday afternoon to quickly visit the city centre and had a short orientation walk through Auckland before lock-down. It was already a ghostly atmosphere as streets and walks were mostly empty and a lot of security people in flashy orange vests were in place all over the city.

The New Zealand government wants people to stay at home and only go out for food shopping, doctors and exercise. So, on day one of the lockdown, March 26,  I established a daily exercise routine that would, at the same time, allow me to explore the local surroundings of my temporary home. Surprisingly, loads of other people do the same, I saw so many others doing exercise that I nearly concluded that the COVID-19 situation is good for people’s health: on one side protecting and on the other side strengthening them. And I also make my presence as useful as possible for the two ladies and help them with their garden. As they just moved into this house last month, they have a lot of things to do around the house. We decided to start with some work around the garden. This will keep us busy for the next few days.

On March 28 the German repatriation program starts. Early in the morning, Lufthansa flight LH345 takes off from Auckland and brings more than 370 passengers back home. Paid by the German government Air New Zealand has joined Lufthansa in the effort to take people home. Up to 25 flights are scheduled. Shockingly all those flights are put on hold by Prime Minister Jacinda Ardern. She says she wants to have a plan for how “those individuals [to] move safely around New Zealand to get on flights”. Unfortunately, she does not provide such a plan and I am not sure who else could if not the NZ government. My hopes of going home soon have been dashed.

On April 2 the NZ government announced that they will allow the safe, orderly exit of scores of foreign nationals stranded in New Zealand. That meant that repatriation flights can continue again! Germany has already scheduled the first one for Friday, April 4, evening. The NZ government has eventually understood that “returning foreign nationals to their home countries will reduce the potential pressure on health services in New Zealand”. Some international pressure must have helped too: “Publicity overseas about visitors being stranded in New Zealand was threatening to harm our international reputation”, said by TIA chief executive Chris Roberts. The funny part: the trip to the airport must still be organized by every traveler themselves.

I was more than happy and relieved. From then, I waited patiently for my turn in the form of an email saying: Your flight is ready. And finally, on April 8, I received an email from Lufthansa! It confirmed my seat in one of the big A380 machines scheduled on April 10, leaving Auckland for Frankfurt, via Bangkok. Thank you embassy, thank you Lufthansa, and thanks to all that helped with a little pressure.