Open Your Eyes in Medan 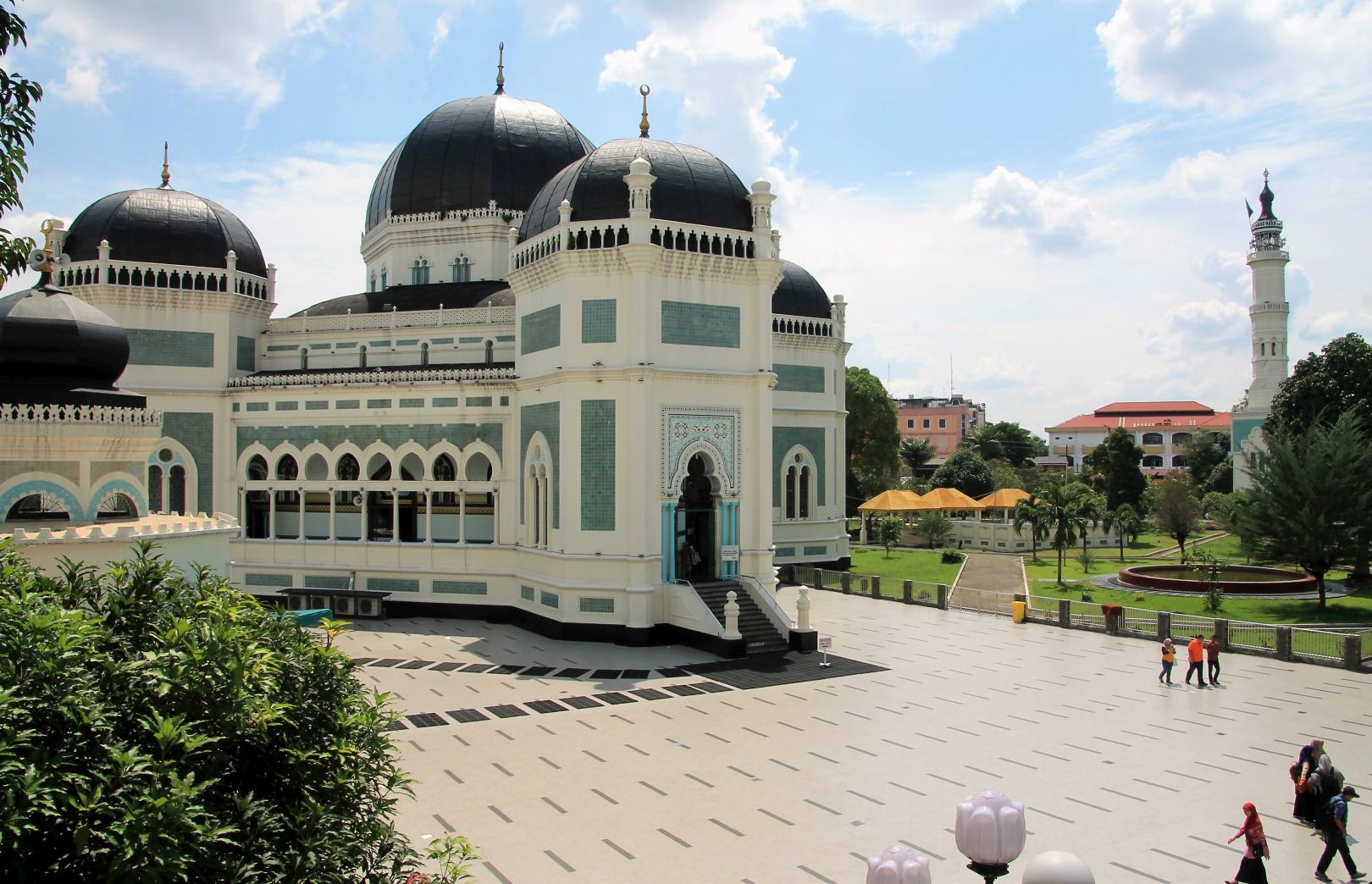 The Capital of North Sumatra

There is only one chance to make a first impression and that might apply to countries and cities alike. After Kuala Lumpur I had originally planned to go to Jakarta but then thought it suits better to avoid being in another big city straight away and chose to go to Medan. Bad choice I would say: I have never felt so unpleasant and insecure. And actually, Medan is nearly as big as Berlin.

It started with me taking the public bus to the town. It took such a long time and was overcrowded and tight, I was the only foreigner. My hotel was in the middle of the city. The area, where the bus eventually dropped me, couldn’t have been spookier. I had a short walk around in the darkness of the young evening and felt that local people were looking at me with a mix of curiosity and disapproval. I changed my mind, ate something nearby and returned to the hotel.

Next day I was cheated at by a motorbike taxi driver who took me to the nearby shopping centre. I thought he was nice picking me up as I had lost my way. He offered the ride for 1,000 Rupiahs  but on arrival he requested 100,000 instead, with the help of his driver-friend. I did not know prices and I paid. Later I learned that I could have gone the entire distance to Lake Toba for that money. That should’t have been the only time that people will, with a serious face, asked me for the tenfold price.

And so it went all the time. People approach you trying to be friendly and ask questions trying to start a conversation. But they might have other intentions. Without asking for it, they become your guide or even worse, your nightmare. I did not know all this but somehow felt it, and of course I could not avoid getting in touch with people. I was lucky that the ones I met were friendly with no bad intentions. Everyone had asked the same questions: Are you travelling alone (and why), are you married, where is your husband, do you have kids, where are you from. I found that once I had showed pictures or videos from my family, people became more open and the tension lessened.

All people I met warned me to be alert, especially as a single traveller, telling me better not to have a bag, even camera bag, hold my bag tight on the other side away from the road, avoid quiet roads, don’t allow anyone to approach me with friendly questions, keep distance to the road while walking etc. I have seen policemen pocketing money from people who parked their cars nearby and understood: the police won’t be of any help unless you pay them. I did a little research later online and found my experiences confirmed by other people’s stories. But I also met people who were truly friendly and helpful, curious and interested, especially the younger generation/students, who gave me great moments of insight and joy.

From a tourist point of view Medan has little to offer. The city is very dirty and lacks maintenance. Roads, buildings, sidewalks – if there are any – are in miserable state. Crossing the road is a serious gamble with your life as cars won’t stop for pedestrians. They having their own (or no) rules for driving anyway. Funny enough, traffic lights don´t help: if there are any, they might be ignored. Also,  I have seen a crossing where all lights were green at the same time. Magically no accident happened.

During my two days here I have visited the area around the Old Townhouse and Train Station with the well-known Lapangan Merdeka, a run-down sports and event arena. I went to see the impressive Masjid Raya Al-Mashun Mosque, I even went inside and dressed like an old granny. Next to it is the Istana Maimum, the palace of the sultan. For both I had, unavoidable, a guide named Edy, who was actually well informed and educated, a very nice person. His guidance was not for free of course but reasonable and very helpful. And being with a local is one of the safest options I found.

I went to see Graha Maria Annai Velangkanni, a Christian church that looks like a Buddhist temple. They will ask at the entrance the women to wear a skirt and take off your shoes even if this has nothing to do with the Christian religion. And of course I had to pay a visit to the State Museum of North Sumatra (Museum Negeri Sumatera Utara) to learn about the local history and traditions. It was interesting but most of the time I was occupied by school kids. They had a day out with the teachers in that museum and approached me to practise their English, to satisfy their curiosity and to take pictures with an “Alien”. There was a group of boys and later a grup of girls, absolutely funny boys and very cheerful girls, absolutely polite and eager to learn, at the same time full of fun. I enjoyed the conversation a lot, their English was quite good. Much better than from the people on the street, they hardly speak a word English apart from OK.

The same game happened when I left: I waited for more than an hour for the driver to arrive, I already thought about the actions I must take to get my money back. Eventually the car arrived but only to take me to the driver’s family eatery for another two hours waiting in the hope that other travellers arrive. I sat between strangers, at least 10 of them, who were asking me curious questions. So I entertained them with my family pictures and even made them sing a birthday song and recorded it, for the upcoming birthday of Anton. With that ,the situation felt better if not entirely relaxed. When we finally left for Lake Toba it was already past 1pm and I was actually happy being out of that situation.