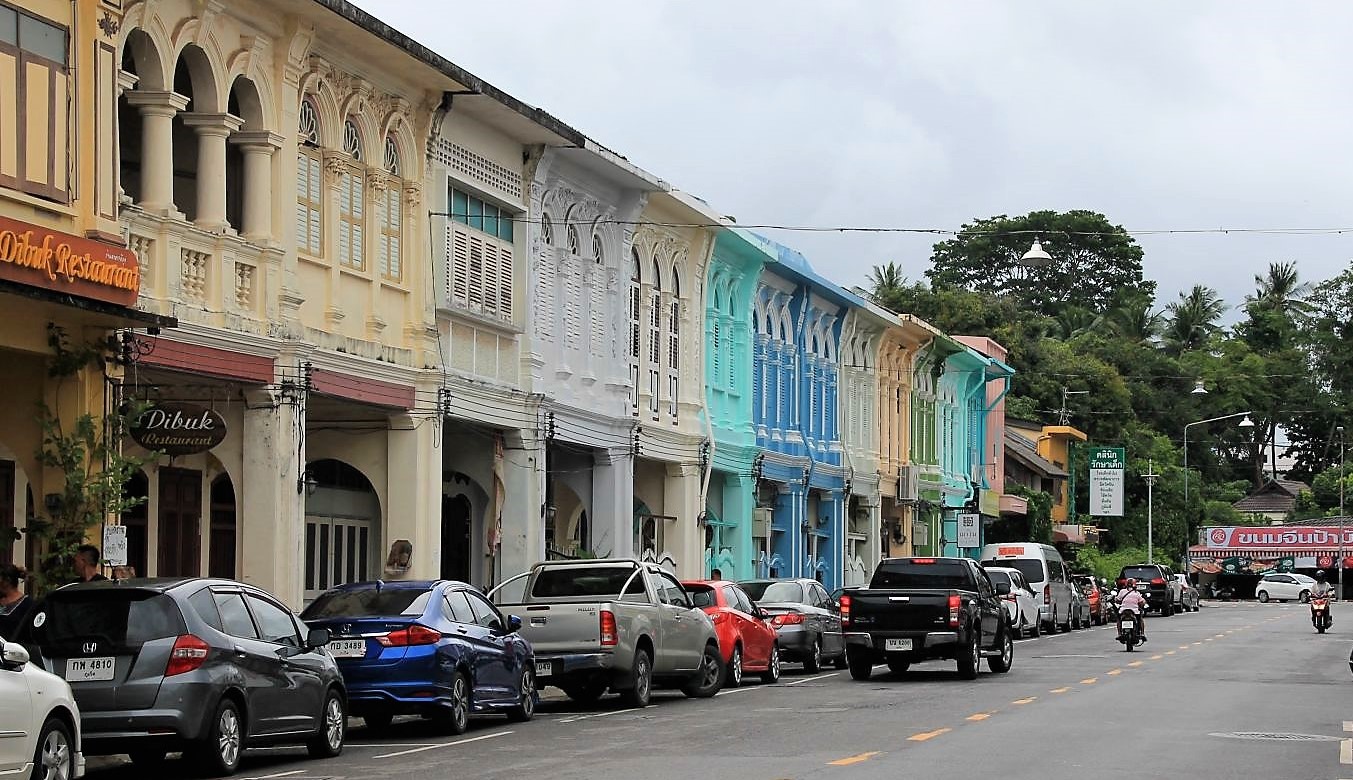 An Enticing Mix of Old and New

Phuket Old Town is not big and can be visited in half a day. It’s easy and fun to explore, even on a rainy day like mine. There are plenty of little cafes and restaurants to take a break and enjoy lunch or even dinner. What makes it so enjoyable are the colourful European style shop houses along the roads, excellent restaurants and modern coffee houses. Apart from Thai, I found a lot of Chinese run businesses, shops as well as restaurants.

Phuket Old town refers to the area around Krabi Road and famous Thalong Road with Dibuk Road in the north and Ratsada Road in the south, Satun Road in the west and Phuket Road in the east. It includes the temple  Wat Puttamongkon, the Chinese Shrine of Serene Light and the new Vanich Walking Street, a very long and very narrow passage that was recently opened between Thalang and Phang Nga road. It’s full of stalls selling original souvenirs and local snacks. And most importantly, just off the famous Thalang road is Soi Romanee with all the colourful buildings that make it the most photographed street of Phuket. It used to be the red light street of Phuket, as well as a gambling spot, but is now the most beautiful part of Phuket town.  Did I tell how annoying these people are planting themselfes in front of buildings and take selfie after selfie completely ignoring others who would just like to take a picture of the building without the posing people in it? This permanent Instagram competition going on in such locations is aggravating.

I went to Phuket by public transport. There is the Phuket Local Beach Bus, a rather slow vehicle half made from wood. But according to the driver wood is better than the metal which will get rusty in no time due to the salty air. The bus might not be the fastest or most luxurious way to travel, but it’s the cheapest method of getting to Phuket Town and back to all the beaches. Price for a one way ticket is 50 Baht. Travelling on these buses gives time to appreciate the real Phuket – as there is no schedule and the bus is going slow – but also makes passengers enjoy the island’s breeze and surroundings along the way – as it is open and has no windows. To me it was adventurous and I was lucky that I did not have to wait long for one to come along an pick me up.

One funny thing was, once I arrived in Phuket I was immediately surrounded by Taxi drivers who wanted to take me somewhere. I did not need any transportation as I was already in the old town and the place is not big. It turned out that they try to persuade tourists to come with them for shopping which means they take them to a huge jewellry shop where they sell mainly the locally produced pearls. The shop is rewarding the drivers for every tourist they bring with stamps onto some sort of card which allows them to get fuel cheaper or for free. One taxi driver honestly explained that to me and as I had enough time I went with him to that shop, had a look  around and went back. No costs for me but he got his stamp. For me it was interesting to see the place. They have a huge variety of jewellry made from pearls and prices are very modest. To the misfortune of the sales person I did not buy any.

Another story, not so funny: When I visited the Chinese Shrine there was some ritual going on. One person was placed on a chair in front of their altar and a monk or priest, I don’t know, came with a small piece of wood in one hand and a whip in the other.  He made some movements with the piece of wood on the persons back and then he cracked the whip several times in the air. Then the next person sat on the chair. It was really scary and I thought I am witnessing some sort of excorcism, and left. 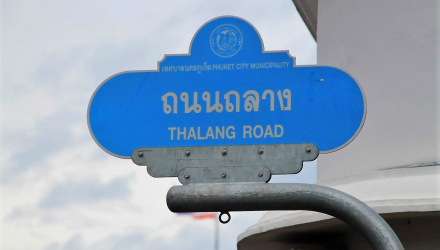 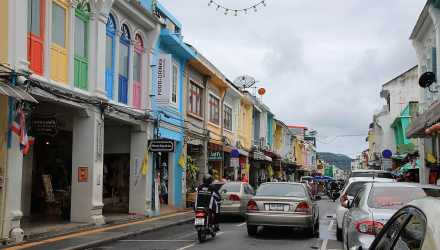 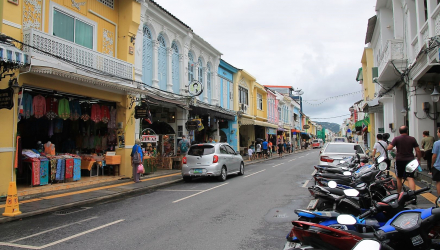 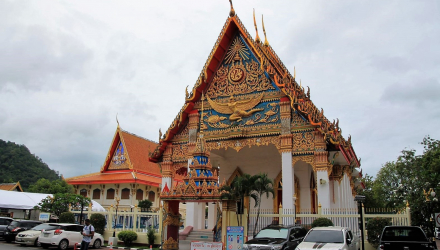 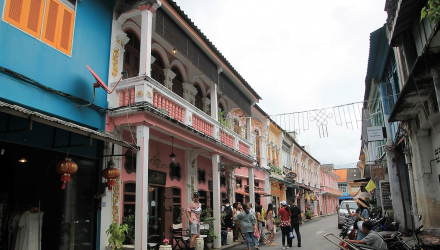 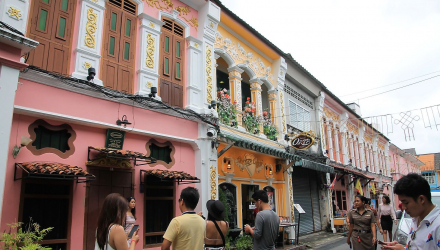 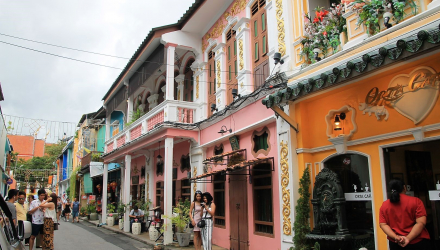 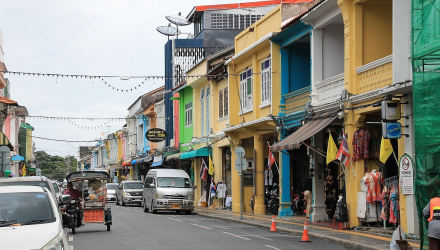 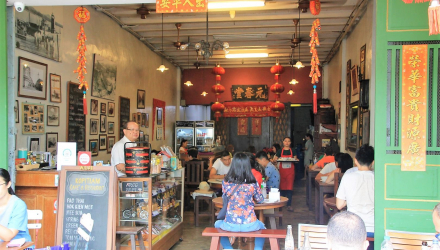 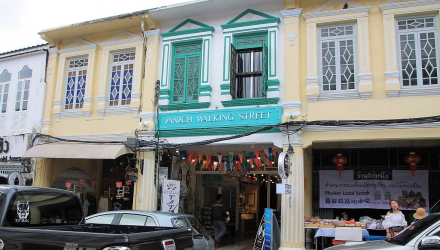 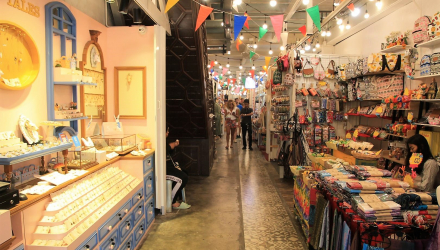 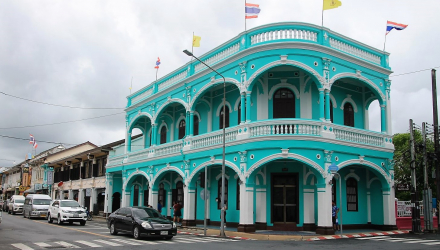 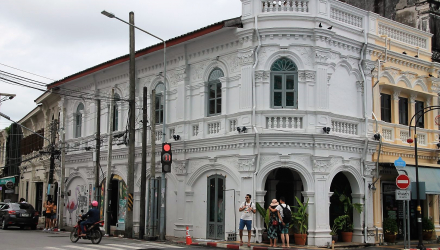 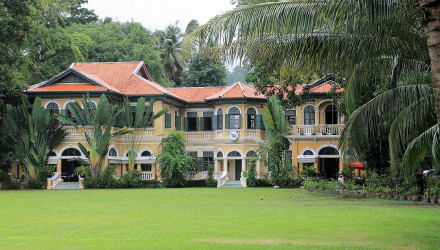 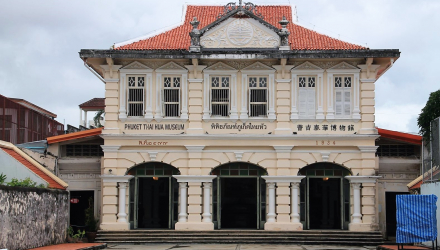 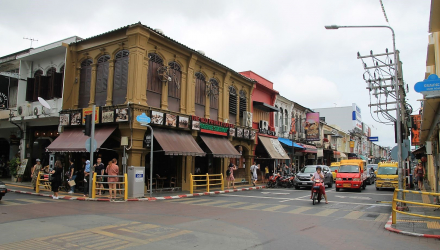 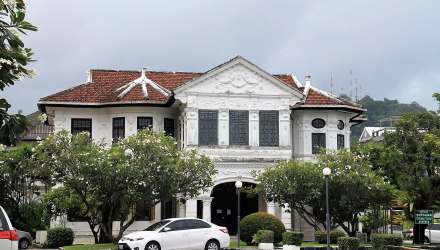 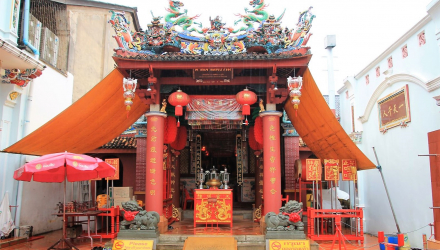 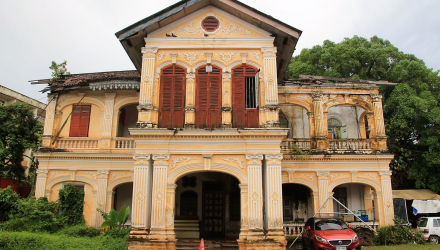 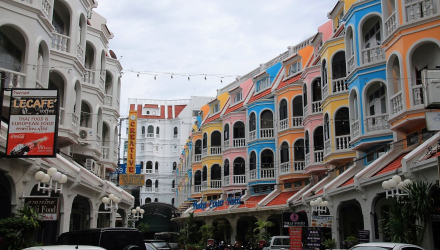 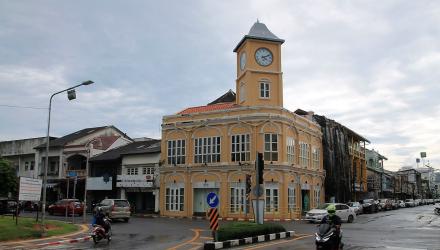 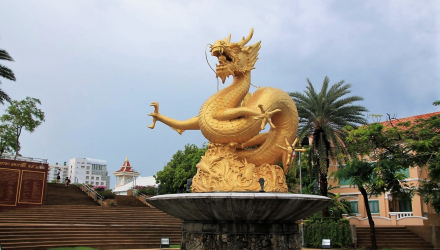