The Charme of Tbilisi 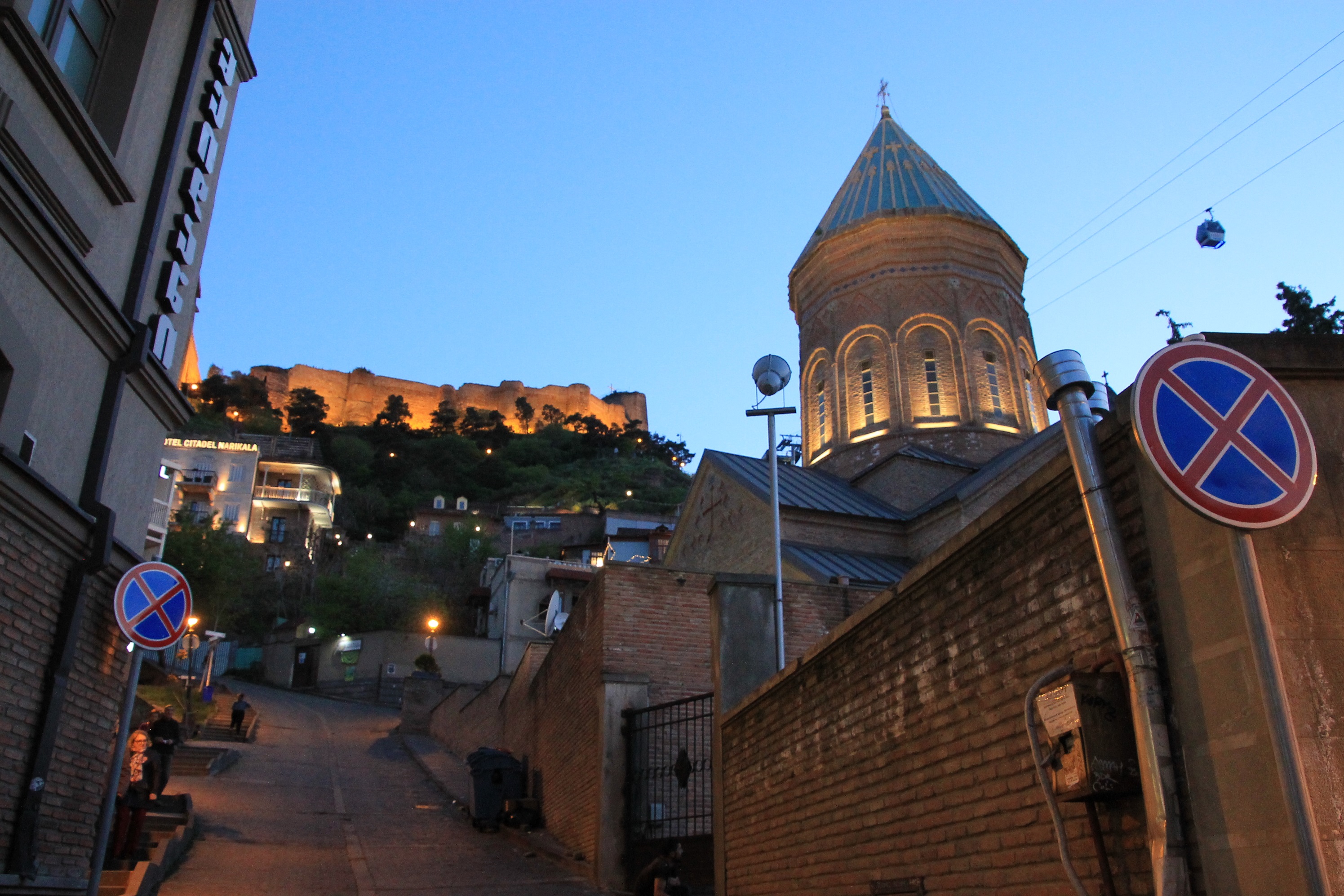 What to do if you have only two days for the capital city of Georgia: a town placed wonderfully in a deep valley on the shores of the Mtkvari River, full of history, vibrant life and culture? Everything seems to be ten times bigger, wider, higher, longer or fuller than it was in Kutaisi. Luckyly I have nice friends who have added a „lonely planet“ travelguide to my luggage. It supported me with the ultimate CITY WALK  to see EVERYTHING in just ONE DAY (big thanks girls: Monika, Darija, Annett + Rico[!], Cecile and Jaqui! – I managend to squeeze it in).

And so I went: Starting from my hotel with the Metro – reminded me so much on Moscow on a smaller scale – to the Rustaveli metro station. Shota Rustaveli was a Georgian Poet. At his monument the Rustaveli Avenue starts. Following it one passes many important places and picturesque buildings: the Academy of Sciences, the Ballet & Opera Theatre, the Rustaveli Theatre, the Parliament Building, the Museum of Georgia, the Main Shopping Mall, the Tbilisi Street Market and more. The Rustaveli Avenue ends at the Freedom Square. In the middle there is a victory column very similar to the one in Berlin but on top there is St. George fighting a dragon. By turning left I could see the remains of the old city walls actually under the busy street with its traffic.

Following Pushkin street and turning right leads into the Old Town of Tbilisi, where the most funny thing to see is the funky old Clock Tower. Passing several churches I turned left again and crossed the Mtkvari river on the amazing Peace Bridge, arriving in the wonderfully designed Rike Garden. From the lower station of the cable car located here I took  the ride up to the rim of the Tbilisi valley where both the Narikala Fortress and the statue of Mother Georgia overlook the city. On the other side of the fortress is another deep valley where the impressive Botanical Garden of Tbilisi is fittet in. From above it looks grand and spectacular with waterfalls, lakes and many trees but I did not take the chance unfortunately. Also there is a zip line taking you from the rim down into the Botanical Garden; it costs 40 GEL  (13 EUR) and seems to be so much fun (but I was too shy).

After visiting the fortress and watching the sunset from there I walked down on the north side into the area where all the famous steaming sulphur baths are, such an unusual site! Before you ask – I did not take one. Follwing a tiny  stream via many bridges full of love locks to a small waterfall and back I ended up on Meidan, a lively public square, for dinner. Highly recommended! Here and in the Old Town I spent most of the next day as well, as it is  the most fascinating area of the town with ancient balconied houses in narrow roads, lively shops and restaurants. And finally in the afternoon I went up with the Funicular to the Mtatsaminda Park, a theme park with a towering Ferris Wheel. The view leaves you speechless.