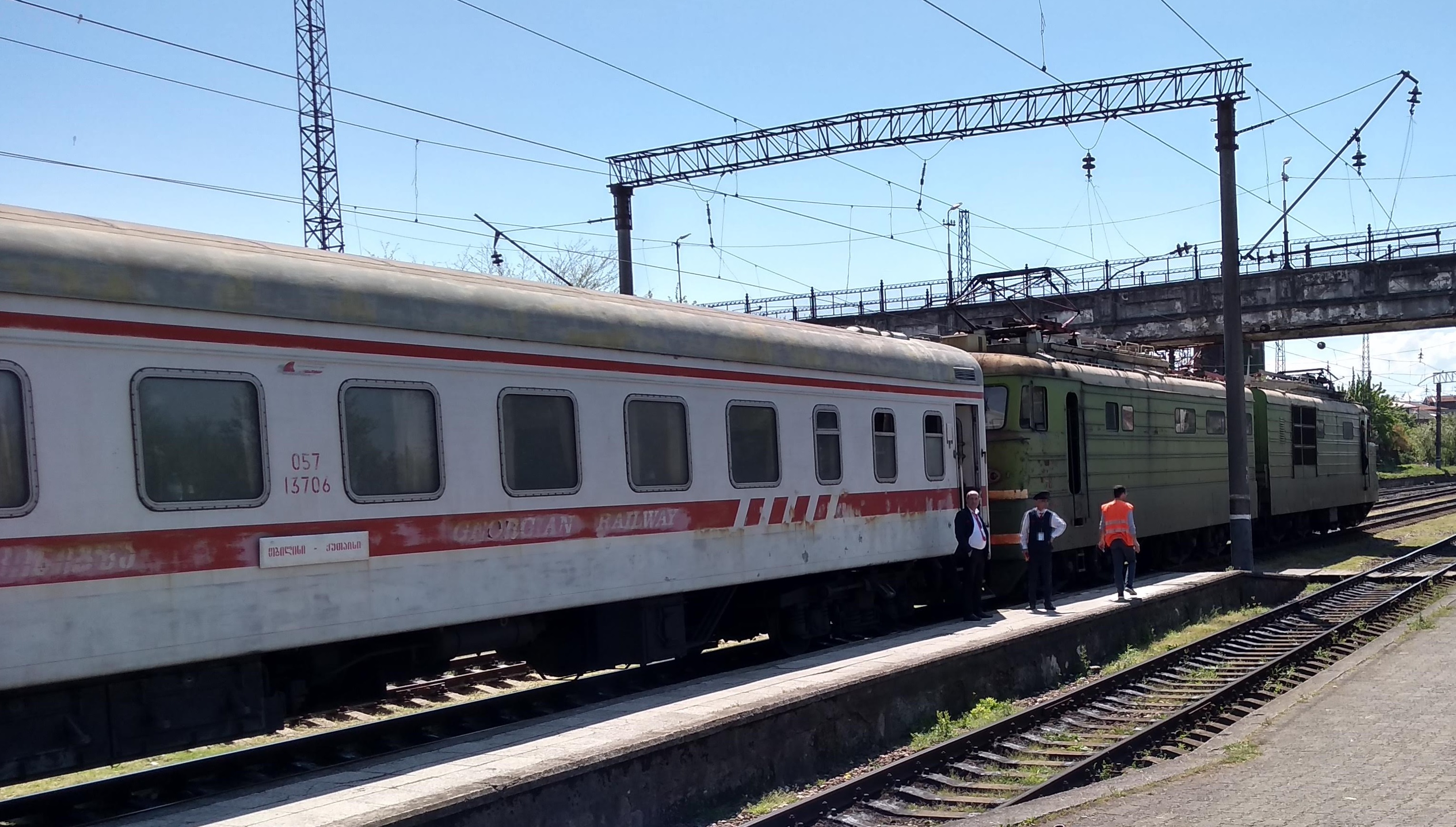 The Georgian train ticket is a DIN A4 page divided in three parts: No.1 is for me, No. 2 will be taken by the conductor and No. 3 remains with the person who sold the ticket. Thats why I have received only No. 1. and 2. Interesting system. BTW I had to show my passport when I bought it. Still have no idea why.

My train to Tbilisi was composed of the railroad engine and one  wagon. That´s it.  I could hardly believe my eyes when they told me that this is my “train”. And I understood why the train station is so empty despite many trains going. But funny enough we collected on the way several other wagons and ended up with four in Tbilisi. Of course all this took time and also there was some technical problem so that we stood waiting several times on the way for quite a long time.

In addition to that the train did not move very fast. The highest speed I measured  was 100km/h  but at other times it was just 30km/h or so. The expected arrival time was exceeded by one 1h means we needed 6h for about 230km. But I had nice company in my compartment, two Georgian ladies, one younger, one older, and a friendly old villager who insisted to help me with my “heavy” bags despite his age. Georgians are very friendly people!

At some point in slow motion I realized that I had only water and forgotten to pack any food for the journey. The longer the train took and the slower it went the more hungry I became.  But then it came to my mind I had some bread! My thoughtful Cousin had given me some German bread telling me I will miss it . She was right! When I decided I need an additional bag to carry everything for my trip I had enough space and took the bread with me. This has literally saved my life. Never has been any bread tastier than this dry dark German bread. Thank you Judith!